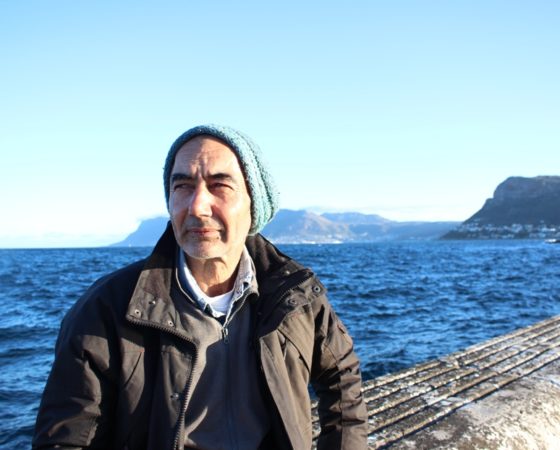 Alan Cameron grew up in a household where jazz was in the air. His pianist father would come home after gigs and jam into the small hours with other musicians. A 5 year old Alan would wake up and sit on the stairs listening to the piano, double bass, drums and trumpet, before being invited into a smoky lounge of swinging musicians by his mother.

Starting out on trumpet and then saxophone, he settled on the piano influenced by Count Basie, Ellington, the then Dollar Brand, and Bill Evans.  He started his career playing with bands in the cross-over genres that were breaking boundaries in the Cape in the 80’s.

He first came to prominence playing keyboards in Afrofunk outfits Peto and Gecko Moon, before branching out on his own and performing his instrumental compositions.

He has performed his mix of upbeat jazz swing, ballads and calypso in the UK, Holland, France, Swaziland, Zambia, Namibia before settling in the vibrant and close community of Kalk Bay.

His trio consists of Wesley Rustin, one of the Cape’s finest bass players, and Simon Annett on drums who interprets Alan’s songs in a very special way. Their new album “Two nights at Olympia” was recorded in the Olympia Bakery by Willem Moller and Robin Auld, and is available across all platforms via Shoreline/Next in association with Player-inspire.